Bugaboo
from Northcott by Cheri Strole
Bugaboo is buzzing with whimsical insects and frogs in a rainbow of bright colors.

are complemented by a host of colorful coordinates and textural blenders that provide infinite project possibilities that will delight nature enthusiasts both young and old!

Bugaboo Blaze
by The Quilted Button

The only thing complicated in the quilt
are the Prairie Points!
Finished size: 55 1/2" x 65 1/2"
Skill level: Advanced Beginner

Posted by Linda Hazekamp at 10:12 AM No comments:

We love the fabrics in the Lemon Tree Kit and wanted to do a center that wasn't appliqued.
The orginal quilt had a lemon tree in the center: 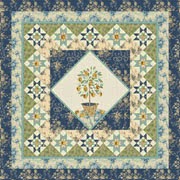 So.... we changed it up to a piece Labyrinth block: 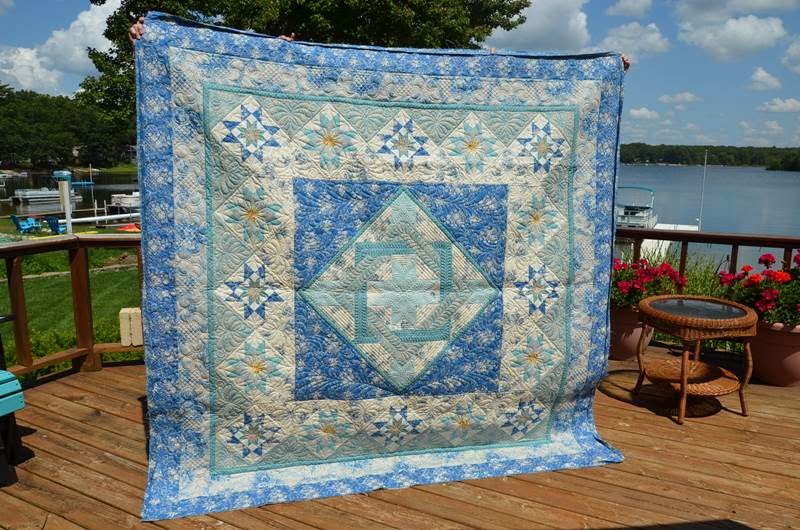 We made all the outside blocks, corners and cut the borders first.
With the left over fabrics we made the center Labyrinth block.
Here is a close-up of the center: 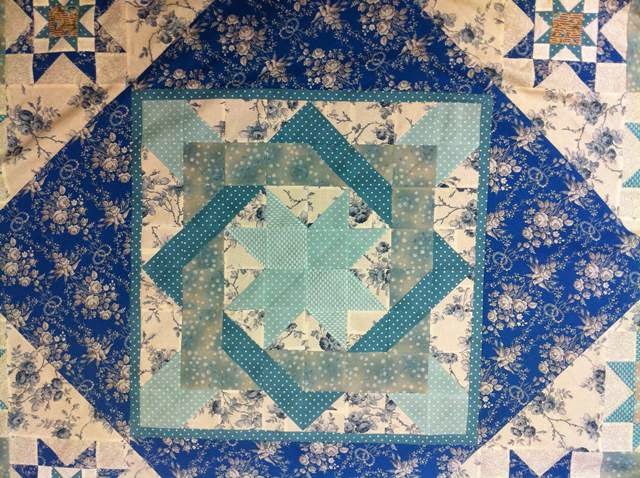 The blocks are 3" finished.  Here is the layout: 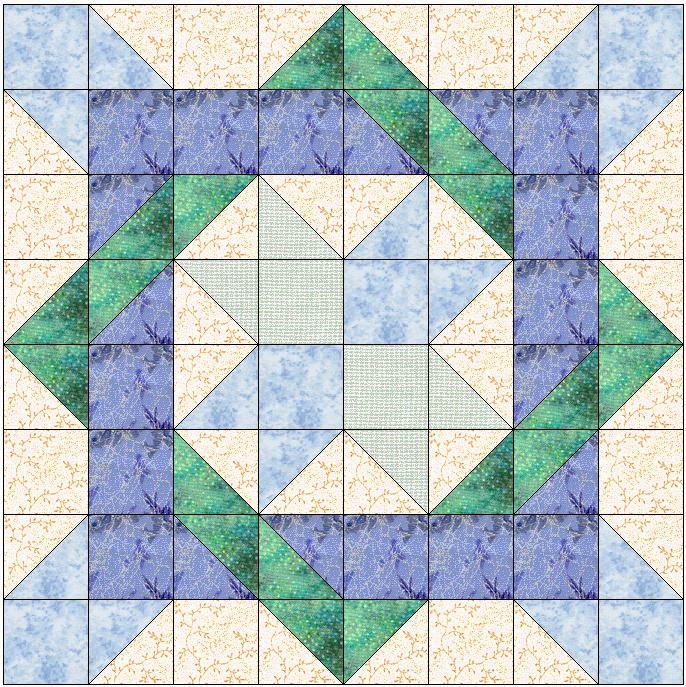 Our quilt was quilted by Judy Kraker of Kraker Quilting. 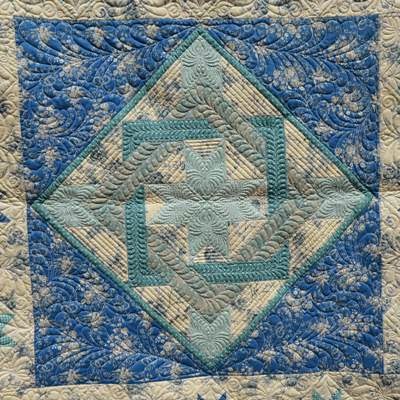 The quilt kit can be purchased here: Lemon Tree
Posted by Linda Hazekamp at 9:51 AM No comments: 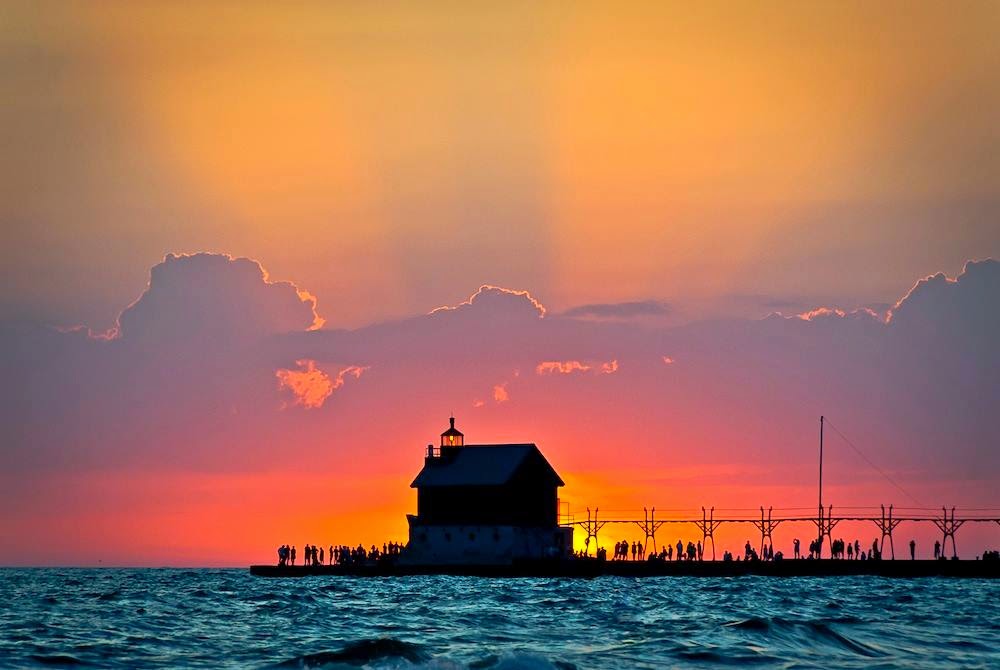 Grand Haven, MI made The Huffington Post! Check them out on their list of "10 Beaches That Will Make You Want To Plan A Trip To The Great Lakes Immediately"

Congrats to Bob Peskorse of Grand Haven Photos on having his photo featured in the article! — with Dawn Lind Vrablic and Nancy Schroedter-Hoffmeyer.
Click here to read the artical: 10 Beaches
Posted by Linda Hazekamp at 7:15 AM No comments:

Email ThisBlogThis!Share to TwitterShare to FacebookShare to Pinterest
Labels: Nature

This collection has only 15 pieces, 3 prints in 5 colorways.
Way To Go Edyta,
for creating something so simple and elegant!

Posted by Linda Hazekamp at 5:48 AM No comments: 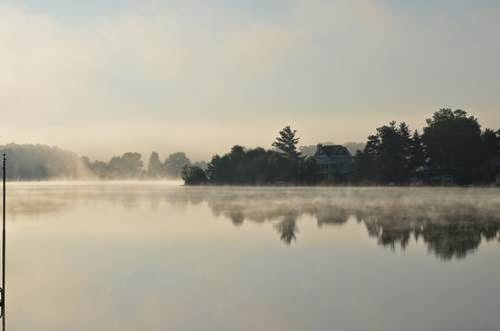 Posted by Linda Hazekamp at 5:56 AM No comments:

5 Yard Bundles are back!

Posted by Linda Hazekamp at 5:53 AM No comments:

Posted by Linda Hazekamp at 5:49 AM No comments:

Email ThisBlogThis!Share to TwitterShare to FacebookShare to Pinterest
Labels: Christmas in July 2014, Holiday 2014

On this day in 1776, the Continental Congress approved the Declaration of Independence, setting the 13 colonies on the road to freedom as a sovereign nation. As always, this most American of holidays will be marked with red, white and blue flags, fireworks, parades and backyard barbecues across the country.

R.I.P Founding Fathers
In a bizarre, though perhaps apt, twist of fate, both Thomas Jefferson (left) and John Adams (right) died on July 4, 1826.

"The publication of the Declaration of Independence may have accidentally made the Fourth of July the official day of independence for America, but the deaths of two of its founders cemented its creation of the date's designation," wrote the FW's Danny Gallagher in a post.

Happy Filipino, Rwandan Independence Day too!
July 4 marks a day of liberation in both the Philippines and Rwanda. In the Southeast Asian nation, July 4, known as "Republic Day," marks the date when the United States officially recognized the Philippines as an independent state in 1946. (However, though the day is still significant to Filipino history, June 12 has beenthe country's official Independence Day since 1962.)

Rwandans, on the other hand, celebrate "Liberation Day" on July 4. According to a 2008 post for the New York Times by blogger Josh Ruxin, the date marks the 1994 "end of the Rwandan Genocide, and the birth of the new government that rose from the ashes." (Video from Rwanda's 2009 Liberation Day celebration was captured by NTV Kenya.)


Holiday, Shmoliday
"Americans began observing the Fourth of July as early as 1777, when the first-ever major celebration in Philadelphia included a parade, a thirteen-shot cannon salute and fireworks, but Congress didn’t make it official until 1870, when it was part of a bill passed to recognize major state holidays at a federal level -- like Independence Day, Christmas and New Year’s Day," according to TIME magazine


Hot Dogs Galore
July Fourth is the "biggest hot dog holiday of the year," according to TIME magazine, with Americans reportedly consuming about 155 million of them on Independence Day alone.

But despite a nationwide love for the salty snack, no one really knows where the hot dog came from. According to the National Hot Dog and Sausage Council, it is "likely that the North American hot dog comes from a widespread common European sausage brought here by butchers of several nationalities." The meaty treat's origin story remains murky, however.

American Bald... Turkey?
In a letter to his daughter Sarah Bache in 1784, Benjamin Franklin wrote that he was displeased that the bald eagle had been chosen as the symbol for the nation.

"He is a Bird of bad moral character. He does not get his Living honestly," he wrote. "You may have seen him perched on some dead Tree near the River, where, too lazy to fish for himself, he watches the Labour of the Fishing Hawk." A turkey, Franklin went on to argue, is a far "more respectable" bird. "Turk'y… [is a] true original Native of America," Franklin wrote. "He is besides, though a little vain & silly, a Bird of Courage, and would not hesitate to attack a Grenadier of the British Guards who should presume to invade his Farm Yard with a red Coat on."


Tap, Tap, Tap
Due to concerns about cracking the iconic instrument, the Liberty Bell has not been rung since 1846. Instead, every year, to mark the Fourth of July, the 2,000-pound bell is tapped 13 times to signal for bells across the country to start ringing.

Posted by Linda Hazekamp at 6:58 AM No comments:

Can you believe it - it seems like we just got out of winter and now it's July! 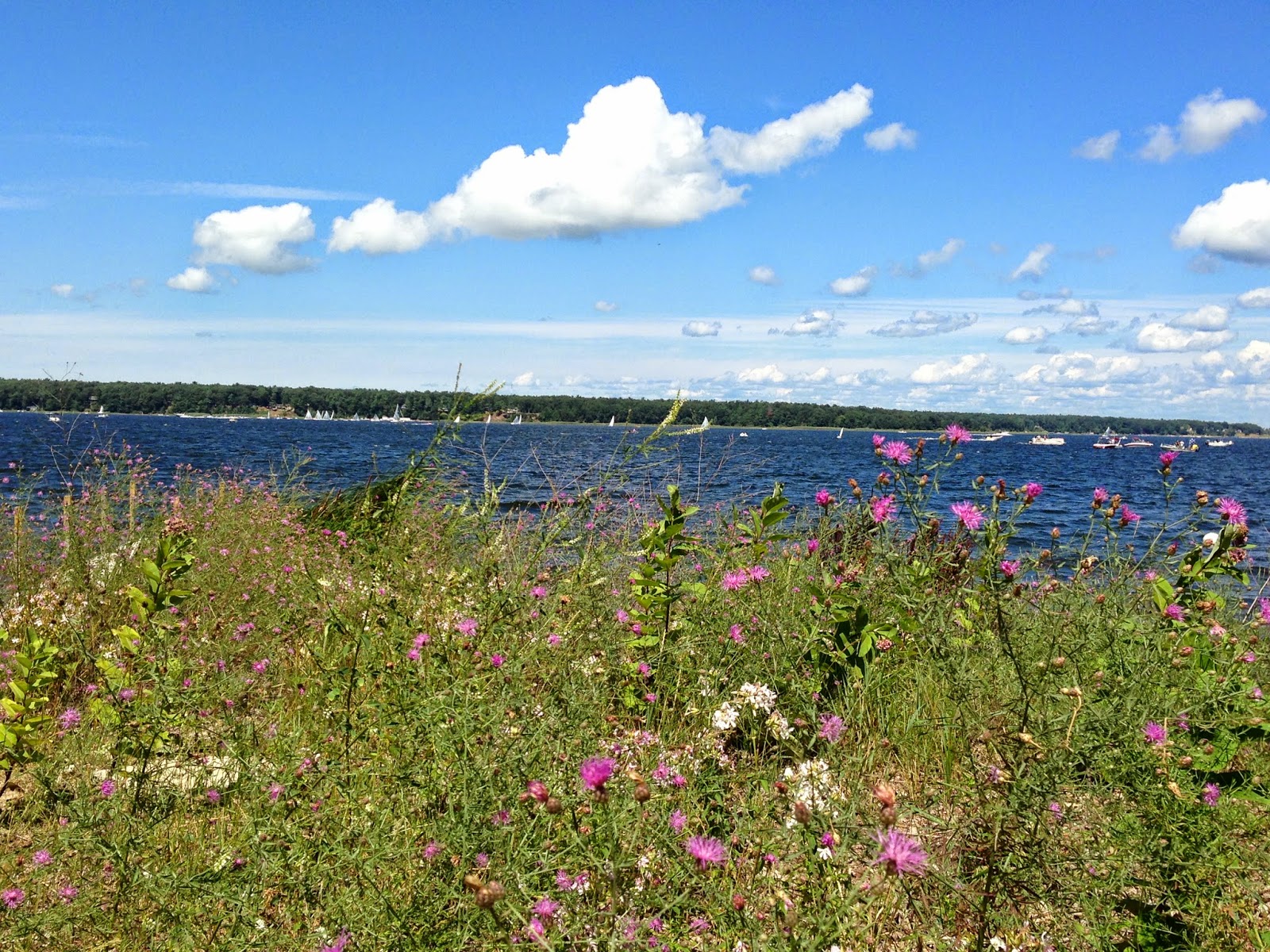 Happy July!!!
Posted by Linda Hazekamp at 6:46 AM No comments: