Popcorn is perhaps the most versatile of all snack foods, popcorn has been an American staple for decades. 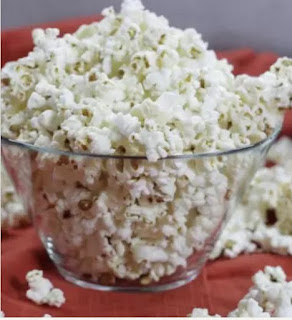 Despite being most commonly associated with cinemas and sporting events, over 70 percent of popcorn is consumed at home, and the United States leads the world in both production and consumption.
Since Thursday is National Popcorn Day, here are some fun facts about the popular snack!
Did you know? Popcorn comes in two distinct shapes: the mushroom and snowflake?
352,028,160: The minimum number of popped kernels needed to make a popcorn trail from New York City to Los Angeles.
Orville Redenbacher, perhaps the most famous popcorn popper of all time, began growing his own popcorn in 1944.
Americans consume 16 billion quarts of popcorn annually.
Long-lasting: According to Groupon, exploration of ancient Peruvian tombs turned up kernels that are still poppable, proving that popcorn can last for millennia.
Popcorn comes in many flavors, from classic butter and kettle-cooked to gourmet flavors including caramel and chocolate.
Copyright 2016 WCNC
Posted by Linda Hazekamp at 4:13 AM No comments: 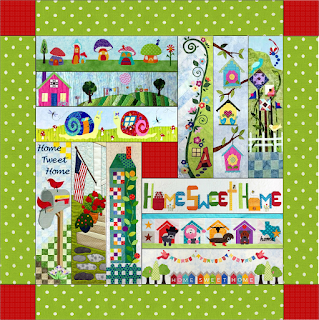 Email ThisBlogThis!Share to TwitterShare to FacebookShare to Pinterest
Labels: Row by Row 2016

On the Horizon Quilt

On the Horizon is designed by Chris Hoover of Whirligig Designs.
This 108" x108" is stunning! 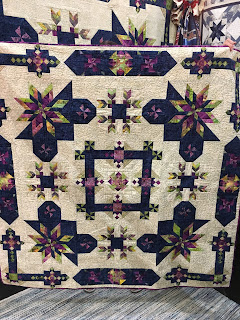 This was intended to be a Block of the Month, but we kitted it and is available here for $220 + shipping: On the Horizon.


Posted by Linda Hazekamp at 4:32 AM No comments:

Email ThisBlogThis!Share to TwitterShare to FacebookShare to Pinterest
Labels: Block of the Month, Timeless Treasures Fabric 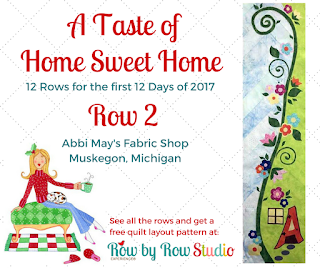 Wow - that's us ~ Abbi's Fairy Garden Quilt!!! Thanks Janet Lutz of Row by Row Studio for choosing our row and thanks to my fantastic team for helping to design it!
Since opening our new retail shop last year, we feel like we are living in a fairyland everyday, surrounded by beautiful fabrics, and making such wonderful new friends! What could be better?We have a few kits, patterns and licesence plate left and are available here:http://www.abbimays.com/Row-By-Row-2016_c_3145.html 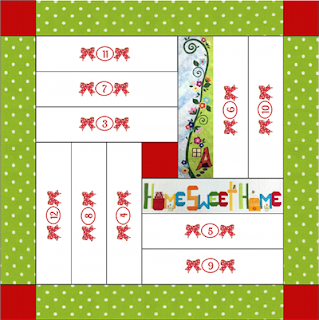 Posted by Linda Hazekamp at 12:06 PM No comments: